Are you listening to nonverbal communication during discovery calls? Really listening?

Are you listening to nonverbal communication during discovery calls? Really listening?

Simon and Garfunkel are artists that, even if you don’t know their music, you know their music. Maybe you’ve heard a high-school “Bridge Over Troubled Water.” You’ve definitely heard “The Boxer” on the radio, or playing in the supermarket. And I’d bet that, if you think about it, you could sing “Mrs. Robinson” start to finish, even if you’ve never bought or streamed any of their music.

I’d argue that “The Sound of Silence” is their best song. There’s something hauntingly beautiful about those harmonies, and the lyrics are about as perfect as lyrics get.

Before performing the song in Harlem in June of 1966, Art Garfunkel said that “The Sound of Silence” is about “the inability of people to communicate with each other, not particularly intentionally but especially emotionally, so what you see around you are people unable to love each other.”

While love is perhaps a strong word for a software demo (unless it’s a really great demo, in which case maybe), I think the rest of that statement about “The Sound of Silence” describes what happens in too many sales interactions. In particular, these two lines describe it perfectly:

Demos and discovery calls are filled with “talking without speaking” and “hearing without listening” in the form of nonverbal communication and contextual clues from the prospect, which are sometimes missed by salespeople and/or presales people. Let’s break down what this means, and why it matters.

What types of communication are nonverbal?

We communicate nonverbally in many more ways than we consciously think about. How much of communication is nonverbal is very much up for debate: the often-quoted number is ~80% (55% body language, 38% tone of voice, and 7% actual words spoken). In reality it’s a bit more nuanced. This rule, while based in research (Albert Mehrabian published the studies in the late 60s), ignores context and personality. Meaning, you communicate nonverbally much differently with friends and family than you do with someone you don’t know. And some people are simply more expressive than others.

I can’t say for certain what percentage of communication is nonverbal. However, I don’t think the number matters all that much. What I am certain of is that nonverbal communication is important, as it impacts how we perceive and are perceived by other people.

Our faces are incredibly important when it comes to nonverbal communication. According to research published by the American Psychological Association, our faces display 7 universal emotions. These emotions are found all over the world (thus the term “universal”). They are: anger, contempt, disgust, sadness, fear, joy and surprise. Even if you can’t read microexpressions, the quick (1/30 of a second) “tells” of how someone is really feeling. Therefore, a facial expression is a good cue as to how someone is feeling, or how they want you to think they’re feeling.

The whole point of a poker face is to hide the emotion that you’re feeling. You have two choices: you can show no emotion, or you can bluff and show an emotion that isn’t real. Some people are great at this. Other people have clear “tells,” meaning that it’s obvious when they’re trying to hide their true emotion. For example, a player who is bluffing may make decisions faster. According to Zachary Elwood, author of Reading Poker Tells, this is because “players betting weak hands and bluffs don’t want to be studied for any longer than is necessary.”

And then of course there are people like me who have no poker face and can’t hide our true emotions. Which is why I stick to blackjack.

When you’re in front of your audience, it’s a good practice to look for the emotion they’re displaying, as well as any tells that indicate they aren’t showing you their true feelings.

– Gaze, eye contact and posture are all forms of nonverbal communication

You can tell a lot about someone’s emotions and personality from their eyes, all of it nonverbal. For example, “they have kind eyes,” or “I packed your angry eyes (from Toy Story).” I’ve also noticed that people often look up when they’re confused or not sure what to say next.

Similar to eyes, someone’s posture can nonverbally communicate how interested they are. Is your audience leaning in (engaged)? Leaning back (bored)? Sitting back with their arms crossed (disagreement)? These cues can be subtle, but recognizing and responding to them can be the difference between a successful call or the unceremonious end of your call, meeting, demo…or even your deal.

I’m originally from Boston, meaning I talk with my hands. A lot. The gestures I use when speaking aren’t random. In fact, I communicate nonverbally quite a bit with the gestures I use. For example, I may move my hands across my body to show “motion.” I may count if I’m showing something related to numbers. Or I might put my palms up and shrug if I’m confused. But no matter what I’m doing, I’m communicating something nonverbally. My hand-talking is easy to read, because I want it to be.

One important aspect to consider if you’re a hand-talker: as I learned from my friend Dr. Gilo Logan, cultural context is absolutely critical. The wrong nonverbal cue or hand gesture can communicate something completely unintended. We’ll cover this in greater detail in a future post, but here’s one example of nonverbal communication gone wrong:

In 1950, Richard Nixon got off a plane in Brazil giving the “OK” symbol (thumb and index finger making a circle, the other 3 fingers raised up). The problem is that, in Brazil, that gesture is the same as the middle finger in America. And while that particular symbol is important for a scuba diver to tell their buddy that they’re OK, it now has an unfortunate association with white supremacy, so keep that in mind if you use it (and maybe, you know, don’t use it).

Are you missing audience cues during your meetings?

I was recently watching a demo for a potential vendor in a category that I sold for years, and one where we currently use a competitor. The demo began like many do – the Account Executive (AE) asked 3 questions, and then dove into a generic demo. However, it quickly became evident that they were following their standard script, which was clearly written with the assumption that the audience didn’t know anything about the space.

I wanted the AE to make the demo more relevant, so I started using acronyms and technical language as a subtle contextual cue that I knew what they were talking about. The AE missed the contextual cue, so I provided some nonverbal cues. I sat back a bit and crossed my arms to show frustration, and stopped making eye contact with the camera to show boredom. I also sent a teams message to my colleague who was on the call, who reacted by laughing. Since the AE didn’t make a joke, that was a cue that my colleague wasn’t paying attention either.

Finally, since the subtle cues weren’t working, I took a direct approach and said “when I sold a product in this space, here’s how we approached [this problem]. What’s your approach?” The AE responded by highlighting a table-stakes feature that’s been around for more than a decade. Then they went back to their script.

At that point, I genuinely tuned out. It probably won’t surprise you that the AE also missed that cue.

I left the demo feeling frustrated. It was a strong platform, however, I asked myself “if they don’t listen to us during the sales process, are they going to listen to us if we become a customer?”

Where is your audience on the value pyramid?

In Discovery2Win! we talk about how to ensure your message resonates with different audiences. And without giving away too much, resonance is all about adapting to meet the audience where they are. The only way to do that is to ask questions, listen to the responses, and then read the room (look for nonverbal and contextual clues) to see if what you’re saying is landing.

If you’re not sure where to start, the value pyramid is a great place to look. The value pyramid is our framework that helps you align benefits with the roles in the room. Got a room of individual contributors? Keep your benefits operational, as in, how are you going to make their job better. Got a room of executives? Maybe don’t even show software, and focus on benefits that impact their organization at a strategic level.

The value pyramid is a framework (a helpful one, but still a framework) and not a hard and fast rule. You may think you know what the audience cares about when going into the meeting, but you could be wrong. Audiences rarely directly tell you whether or not your message is landing. So as the presenter, you need to be on the lookout for signs that your presentation is resonating. Or for signs that it isn’t.

How can you tell if your message is resonating? Listen to the audience.

Are you really listening your audience during discovery calls or demos, or are you just hearing them?

Your audience is giving you all sorts of verbal and nonverbal cues during your demo or discovery call. They may not even know that they’re giving you these cues, but they are. And if you know what to look for, that could be the 2% difference between you closing your deal, or your customer closing the door on your deal.

What sorts of nonverbal cues have you picked up on during your demos and discovery calls? Let us know in the comments. And if you want to learn more about how to more effectively communicate with audiences, we’d love to talk – contact us here. 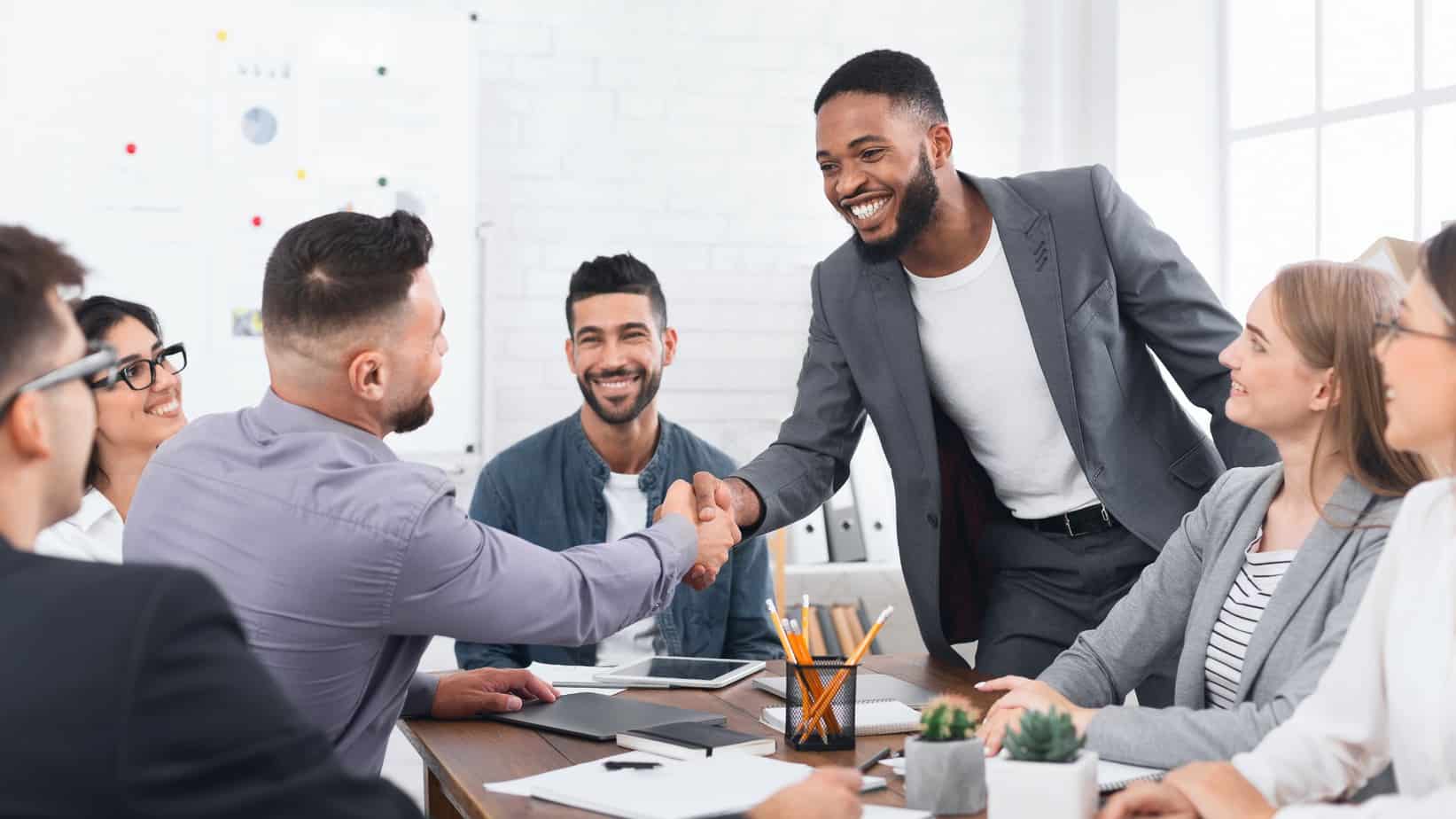 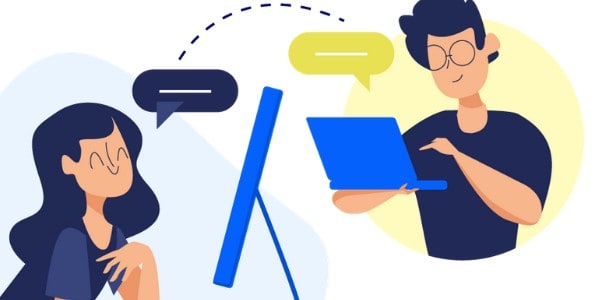 Congratulations! Your navigation through countless virtual demos and presentations is now 2020 hindsight as you’ve grown comfortable with whatever online tool your company utilizes (Teams,Read More »Top Discovery Tips for 2021 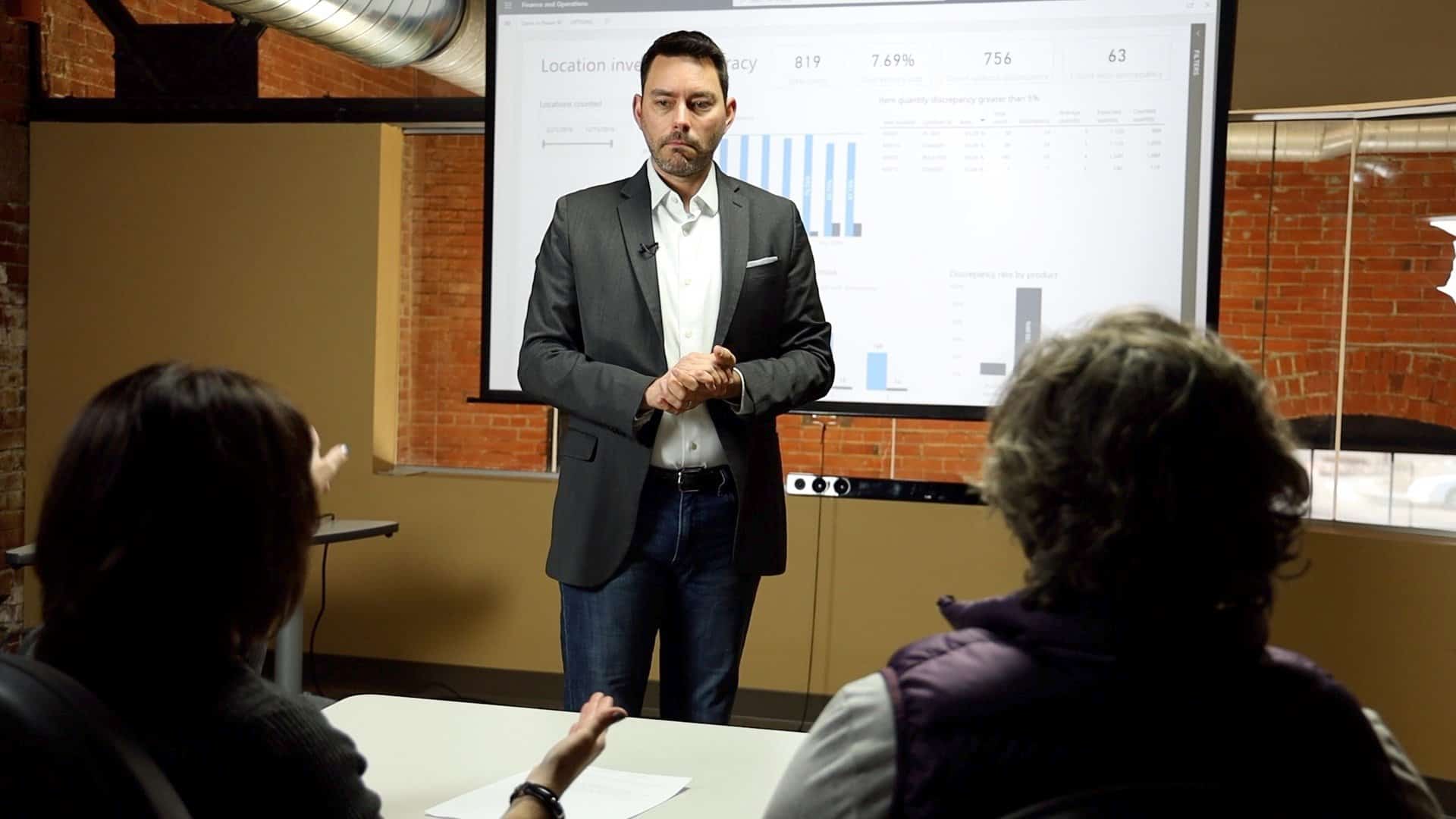 Ever Have a Runaway Demo? Your salesperson, Emma, has a “hot lead.” Kristian, the prospect and a company executive, wants to make a decision quicklyRead More »Discovery On-The-Fly, Uncovering the Underknown