Radical Empathy: The Key to Connecting With Diverse Audiences

Radical empathy is the key to connecting with diverse audiences, because it’s how you show someone that you’re really listening to them.

I get it. You’re here to learn about sales demos or presenting, and now you see another post about Star Trek. I swear I’m not going to regularly write about Star Trek; however, what happened on a recent episode of Strange New Worlds was too good to not write a post about it. Stick with me on this one, and I promise you won’t regret it. Well, I don’t think you’ll regret it, but I don’t know your life so I probably shouldn’t make that promise.

If you’ve never heard of Star Trek: Strange New Worlds (SNW), here’s a quick primer. SNW is a prequel that takes place 10 years before Star Trek: The Original Series (TOS, or the one with Captain Kirk). SNW takes place before TOS, which means that Captain Christopher Pike (Anson Mount) is in command of the Enterprise. Some of the TOS characters are there but younger: including Cadet Uhura (Celia Rose Gooding), Lieutenant Spock (Ethan Peck) and Nurse Chapel (Jess Bush).

I’m not being hyperbolic when I say this show is excellent, and Captain Pike might be my new favorite captain. Here’s why, explained perfectly by Anson Mount: “What I said to [co-showrunners Akiva Goldsman and Henry Alonso Myers] early on is: ‘If Kirk brings boldness, machismo, whatever you want to call it, and Picard brings the brain, I want Pike to bring the heart.’ I think his superpower is empathy, which is hand-in-hand with humility. And I think that’s what makes him a good captain.“

Empathy? Why do we care about empathy?

Empathy isn’t agreement. You can be empathetic and still think someone is wrong.

Empathy isn’t sympathy. You can be empathetic without feeling bad for someone.

By expressing empathy, you’re showing someone that you hear them. That you see them. That you recognize that they are a human being with their own perspective.

And empathy is not only a superpower for starship captains, but for salespeople as well.

Now back to our Star Trek blog

Empathy was fully on display on Strange New Worlds episode Spock Amok (SNW season 1, episode 5). In the “A” story, Spock and his fiancé T’Pring (Gia Sandhu) literally switch bodies. It’s like Freaky Friday, but, you know, with aliens and stuff. Like any good switcheroo story, they learn to (literally) see things from the other person’s perspective. Meanwhile, in the B story, Captain Pike shows why his empathy is such a superpower.

Early in the episode, we are introduced Vasso L’Gaelia, the Captain representing an alien species called the R’ongovians. The R’ongovians control a small but vital piece of territory in between Klingon and Romulan (two of the Federation’s biggest enemies) space. Captain Pike’s job is to negotiate a treaty with Captain L’Gaelia.

Over the course of the episode we see three negotiation attempts. In the first, L’Gaelia argues with a Tellerite, a species known for their rudeness and who “argue for the sake of arguing.” In that conversation, L’Gaelia tells the Tellerite “your argument is as ridiculous as your beard,” which is a pretty sick burn.

The second negotiation is with Captain Pike, in which L’Gaelia is laid back and reasonable, and even drops the key to the negotiations: “empathy is a hallmark of our people.”

Pike is shocked to find out that his conversation didn’t go well, but they get another chance as the R’ongovians want to negotiate with Spock. In that conversation, L’Gaelia acts “awfully Vulcan-y,” meaning they approach the conversation with cold logic. L’Gaelia pushes Spock, so Pike jumps in (he was supposed to just observe); after saying that he’s interjecting not on behalf of the Federation but on behalf of Spock, he’s allowed to speak.

Finally, Pike has the chance to make a “closing argument.” When the R’ongovians asked him “why should we ally with your federation,” Pike gives an unexpected answer:

“Easy. You shouldn’t. Why would you want to turn our enemies into your enemies? We’re just a few years clear of the Klingon war. The Romulans are out there biding their time. Who knows what species we’ll piss off next? And it’s not like we’re coming to you with any great respect for your culture. We barely know anything about it. Now, it’s pretty clear we’re only interested in you for your territory. And what would you get in return? The hypothetical benefit of new trade markets? Scientific advancements? Our promise of support in the event of a crisis which will probably only come about because you’ve thrown your lot in with us? No. The federation has lots to offer, sure, but it always exacts a price. You have good reason to suspect that price is too high for you to pay.”

The Federation delegation just stares at Pike, while L’Gaelia leaves with a simple “thank you.” Once the R’ongovians leave, Pike tells his colleagues that he was “playing a hunch:”

Pike: “The R’ongovians were rude to the Tellarites, reasonable with us, and deeply logical when talking to the Vulcans.”

Uhura: “So, you’re saying they copy anyone they come into contact with?”

Pike: “Yeah, that’s what I thought at first. And then it occurred to me, what if this was a diplomatic technique? They responded positively when I took Spock’s side even though it was in direct violation of what they’d asked. Maybe they’re just looking for somebody to take their point-of-view. Radical empathy. Maybe what they value the most in others is the capacity to see things their way.”

We then see the R’ongovian ship leaving while flying the Federation flag, a sign of tribute to their new allies, meaning empathy was the right approach.

Empathy as your sales superpower

Did you notice that in Pike’s speech he never said “you’re right,” or “I think” or anything else definitive? He poses rhetorical questions, and at the end he says “you have good reason to suspect.” What he’s doing is laying out the Rongovians’ argument. He’s showing them that he sees things from their side, which is also showing that he’ll be a good partner.

You can use this a similar technique in your next sales opportunity. When thinking about how to answer “why should we buy this?” think of the inverse “why shouldn’t we buy this?” Instead of “why buy this from you?” ask “why buy this from someone else?” This will help you see the deal from the customer’s perspective. To understand what they’re excited about, and what scares them. This will not only help you craft better arguments as you can lead with their perspective (instead of “here’s why I need your help making my quota”), but it will also help you get ahead of objections as you’ll be in a better position to predict them. And, when managing those objections, you’ll be able to frame the answer in terms of what they care about instead of just giving the standard “battle card” answer.

To be clear, I am in no way saying that you should mimic Captain Pike and give a passionate speech about why your prospect shouldn’t buy. But, if you can empathize with them and validate their concerns (remember you don’t have to agree), that just might be the difference between a closed deal and a closed door.

Want to learn more about how to use empathy in your discovery and objection handling? Contact us today. 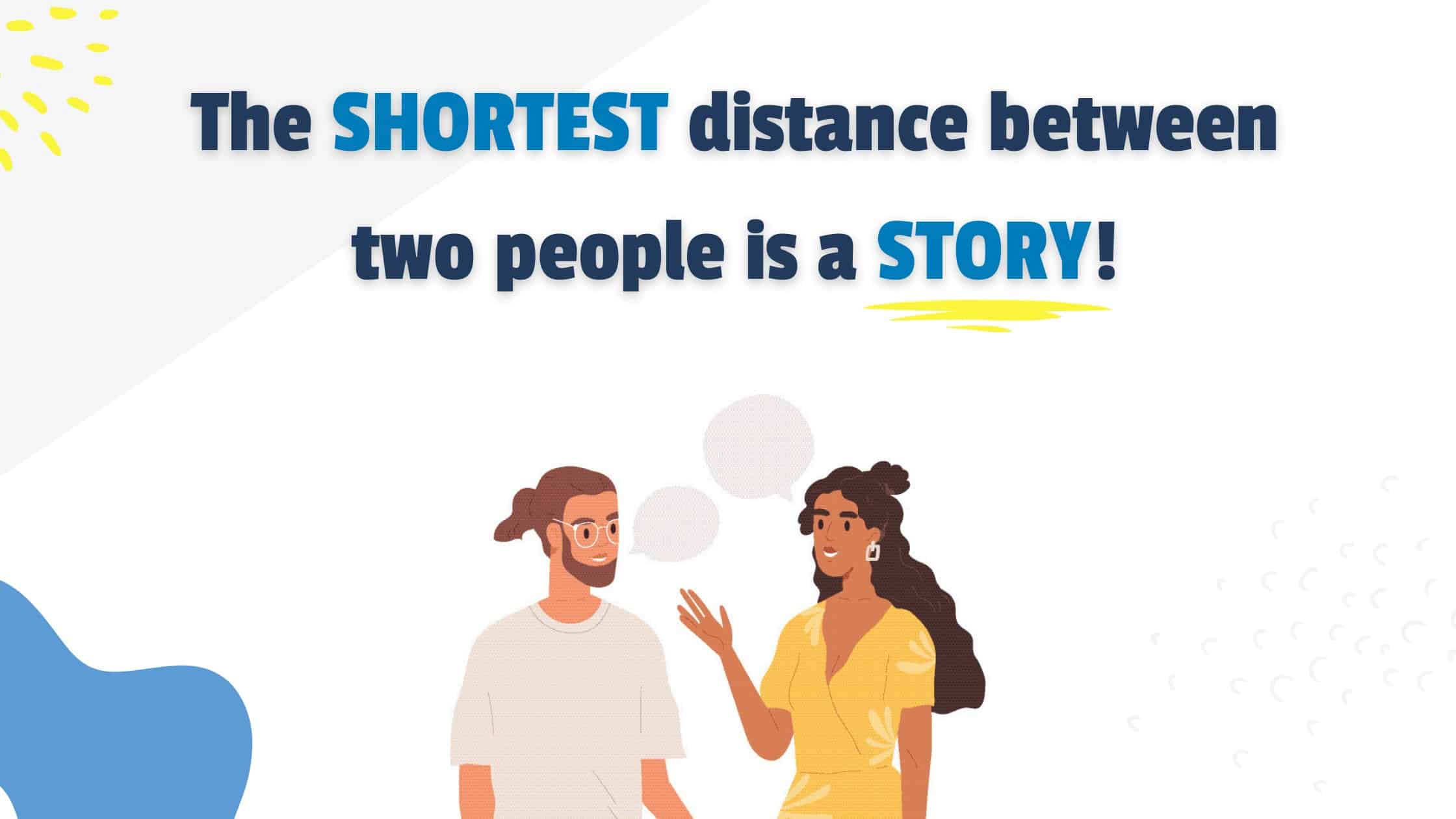 It is hard to argue the value and impact of storytelling in business. Great stories capture people’s attention, imaginations, and emotions. Compelling stories inspire everydayRead More »The Art of Storytelling in Business: 20 Places to Utilize Storytelling

Once Upon a Time…

When I hear that phrase, I remember reading bedtime stories to my sons when they were youngsters. As adults, stories help us understand complex concepts,Read More »Once Upon a Time… 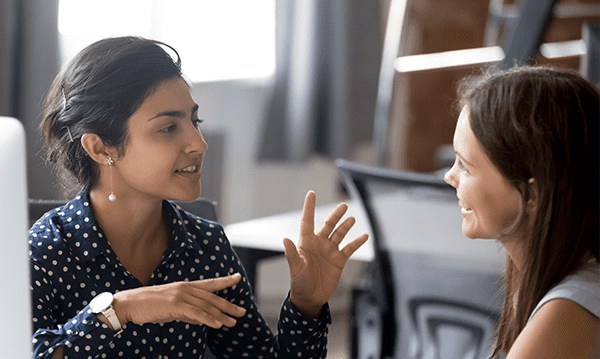 It’s Q4 and the smaller deals in your pipeline aren’t going to make your year. But, you have a solid chance to make clubRead More »8 Quick Rules to Follow When Storytelling